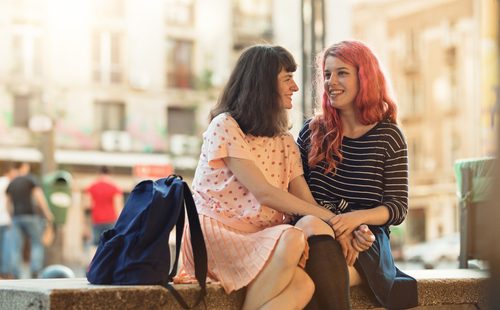 The Difference Between a Polysexual and Polyamory Relationship

Wondering what the difference is between polyamory relationships and a polysexual relationship is? You’re not alone! Poly couples and groupings can be amazingly fun but also complex. While similar, these terms differ in meaning and what they mean in a relationship realm. Let’s explore these terms to clarify what they really mean.

The Low Down on Polyamory Relationships

Poly couples or groupings involve the practice of having sex or serious relations with other people with the knowledge and consent of current partners open to non-monogamy. This means that polyamory relationships are not cheating at all.

The degree of emotional and physical intimacy can vary between poly couples, so it’s not all about the sex. Sometime asexual individuals are participants in poly clusters. In these clusters, not all members always engage with each other, as one person may play with a third member while not having sex with a second or fourth participant. However, they are all aware of this and approve of it.

Another important aspect to note is that it can be challenging enough and adding more partners will call for extra effort and care. There may be group sex, little or no sex in certain poly groups. Just be aware that there are risks, especially if one partners goes outside the group without the rest of the cluster’s consent and knowledge.

What Is A Polysexual Relationship?

Polysexuality can pertain to many types of sexuality, meaning that the members in the relationship might be sexually attracted to multiple genders or sexes but not all of them. Members may have multiple sexual relationships in a cluster while having one loving partner in a commitment. Those who consider themselves polysexual may regard this as their primary sexual identity.

The word itself can be confusing because bisexuality can be considered polysexual. While traditionally, bisexuality has been regarded as being attracted to both men and women, today’s definition often includes transgendered individually. Others have chosen to be polysexual to support the gender binary.

Noting the Differences Between Polysexuality & Pansexuality

While polysexual people can feel attracted to any type of gender, they typically aren’t open to relations with all genders. Pansexual individuals can be of any gender and are those who find themselves drawn to all gender identities to some degree. Either can be included in polyamorous relationships or monogamous relationships.

Truly the most open of all lifestyle choices, pansexuality offers an opportunity to love without limits. Even though it is difficult to identify why we feel certain ways, or choose certain attributes as being most attractive, most of us still define our sexuality with clear rules and boundaries. People choose among many common dichotomies, including: for … Continue reading Pansexual Lifestyle Defined→

Bisexual is the act of being attracted to both men and women romantically. Becoming a swinger will give you peace of mind because as a swinger you will meet with … READ MORE

BISEXUAL SWINGERS: WHAT IT REALLY MEANS TO BE BISEXUAL

There are a lot of Bisexual Swingers in the lifestyle. Find out what it really means to be bisexual. Bisexual individuals are spread all over the world and live in all areas of the society. They are known for their attraction for people of both genders and they can be both, females and males. Along with the attraction, romantic feelings can be involved and the individual that a bisexual may be attracted to does not necessarily have to be heterosexual. While swingers can enjoy having sex with the members of READ MORE

The Benefits of Morning Sex for Lifestyle Swinger Couples
https://bit.ly/2B0PqVA