Does Sharing Your Wife With Another Man Improve The Relationship?

Does Sharing Your Wife With Another Man Improve The Relationship?? Let’s take a look. Some married couples do not approve of the other spouse being sexually involved with some outside the marriage, but there are a few that see this sharing as a way to bring the marriage closer together. Many men fantasize about their wives having sex with another man, called wife sharing and it does excite them. This does not mean that this husband is willing to cheat on his wife behind her back or that he does not love her. It is a fantasy that he may have. Some men say that this thought is exciting because of the act is taboo and socially forbidden. 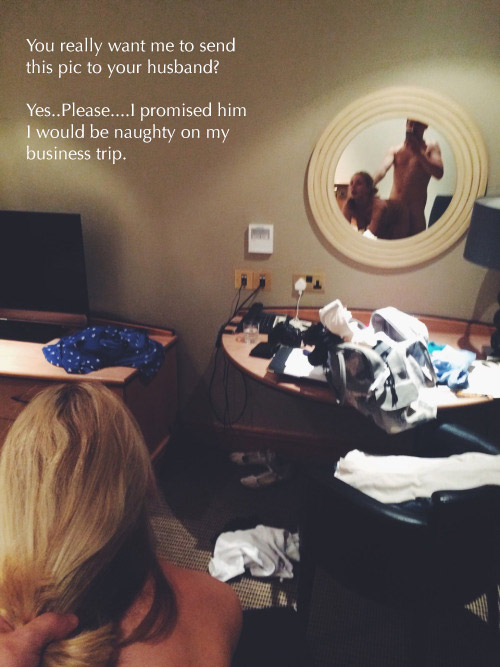 There are also the men that have voyeurism as a fetish as defined in the DSM-5. This fetish in not uncommon and is seen in the older generation where they had to watch pornography as part of their sexual routine. When these men are in relationships, they still get aroused at the thought of watching pornography, but they prefer to watch their partner with another man.

Other men wanted to make their wives feel empowered, and they enjoy seeing their wife’s self-confidence and assertiveness grow. This just makes the husbands embrace female empowerment and they have expressed that as a couple they are rejecting societies stigma on normal marriages.

In other relationships, the man is bisexual, and he desires to see his wife in that position. His arousal in this instance is just because he is seeing the wife that he adores and another man that he is attracted to. This type of group sex is not an uncommon thing to see even in suburban areas. Many couples that have been married for years share their spouses, but the one rule is that the other partner has to be involved. They do not have this type of sexual gratification without the other.

A woman’s sensual capacity far exceeds the male by having as much as sixty orgasms in an hour. It turns these husbands on just to experience their wife sexually satisfied, and they get to live vicariously through the experience. Since in this situation, the men have sexual difficulty, they get a chance to experience what it is like to have a greater capacity during intercourse.

HOW WIFE SHARING GIVES YOU A BETTER MARRIAGE

Learn how wife sharing gives you a better marriage. Wife sharing otherwise commonly known as swinging or spouse swapping refers to the exchange of partners for sexual favors between consenting couples. This can take place in a number of contexts; it may be through spontaneous sexual behavior involving partners in an informal setting or can be in a planned set up where couples or friends agree to exchange their wives for sex. The essence of wife sharing is to derive enjoyment and fun for all parties involved in this activity.READ MORE
hotwife, hotwifing, swinging, wife sharing Wife Sharing Comments are Off

LESS THAN 2% OF SWINGING COUPLES DIVORCE!

Did you know that less than 2% of swinging couples divorce? Do you like the idea of having sex with other people, with no strings attached? Would you like to examine your illusions with like-minded people? Would you like the intimacy and long-term commitment with your partner, but don’t want to miss out on the opportunity for sexual exploration with a lot of other people? If this sounds like something you’d enjoy, then the increasingly popular lifestyle known as ‘swinging’ could be for you. Swinging is sex between permitted adults, mostREAD MORE
Tags: hotwife, hotwifing, swinging, wife sharing Wife Sharing
← Things to Consider Before a Threesome
The Bizarre World of Extreme Cuckolding →